It has been said that all books are in some way autobiographical; the author can’t help but put something of themselves into what they are writing. There may be some truth in this but for me, writing has always been more aspirational: characters, while being realistically flawed, tend to embody traits I strive to possess rather than own and while being beset by trouble, will ultimately achieve their goals.

It’s got something to do with the fact that I struggle to be open and vulnerable with people. I’m much too much of a people pleasing perfectionist to readily want to share my messy feelings of guilt and failure with others, let alone commit them to paper in the name of artistic endeavour. Even writing this post is difficult for me. Yet I have realised it is a willingness to be vulnerable that I respond to most in others, those around me and in the media (probably why I have such an aversion to politicians).

I have learned during my course that encompassing personal experience in your writing can touch people on a universal level, and it doesn’t have to be in the form of a bare all memoir. Writers like Kiran Desai in The Inheritance of Loss, Akhil Sharma in Family Life, Miriam Toews in All My Puny Sorrows, Elizabeth Gilbert in Eat, Pray, Love and Chimamanda Ngozi Adichie in Half of a Yellow Sun, may have all used personal experience to influence their novels differently but in each case their use of personal experience has brought a sense of power, honesty and greater connection to their work. 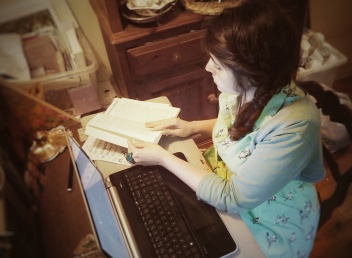 e Waves, the Waves, I started to see it as my opportunity for self-growth, as a writer and an individual. The story has changed from being one of adventure to emphasising a more personal, internal journey as I set myself the challenge of actually putting something of myself into my work.

The story is about failure, because I have failed many times, even at writing. At times I feel like I might burst with the sheer force of my desire to fashion and sustain a fulfilling and creative life for myself but nearly everything I’ve tried I’ve failed at and most of the time I’m too afraid from the memory of past failure to even try in the first place. The moments I have succeeded have most often come at the very moment I have completely let go of achieving a particular goal (like going to university for example). And when I say let go, I don’t mean give up; it’s more a surrendering of my need to control the outcome……and you can imagine how often I’m able to reach that kind of zen-like state. 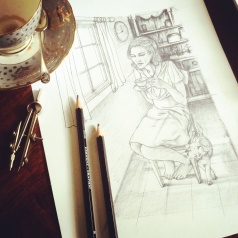 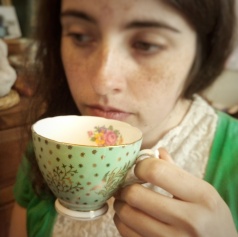 So success, for me, is difficult and this is something that the protagonist Vivienne is also going to be dealing with: learning to surrender. The rest of the story may include time travel/reincarnation, acts of magic and mythic creatures, not anything I can say I have ever come across in my life thus far (although you never know), but Vivienne’s personal journey comes very much from a place near my heart, from a journey I am personally experiencing now. 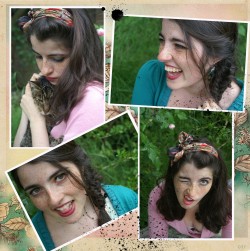