A good book that stays with you, that you can re-read over and over, will always be one that has a good, clear concept. It my be a concept that defies immediate understanding, that leaves you with an itchy brain for days but if the author has a clear grasp of their subject and its designs upon characters, plot and structure, then the moment it clicks into place will be all the more rewarding.

My story is not like that! When you have a plot line that even its author can’t get their head around you know you’re in trouble. Yeah, that’s me. Hold my hands up. I do. Not. Get it. It doesn’t matter how many times I try to explain in, to myself, family, friend, imaginary critic, or how confidently I start out, at some point there’s always the….. “No, wait…..” moment. “if this happens then that makes the other thing impossible…right?” 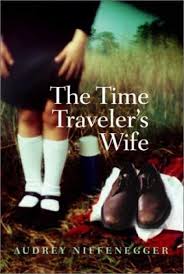 The main premise is time travel. You think of the simple brilliance of such books as The Time Traveller’s Wife by Audrey Niffenegger and you might wonder what the problem is.

The idea I’m trying to explore is time not being linear. Not so much on a day by day level but over a vast run of time so that in the story Vivienne experiences her life in the 1940’s and then in the 18th century concurrently. Characters cross over in both life times but individuals she meets for the first time in her “later” existence she then meets hundreds of years before in her “earlier” existence only she already knows them. Obviously this also touches upon questions of reincarnation and remembering past lives but I’m not so worried about those, my main area of confusion, or maybe doubt is a better word, is in Vivienne’s transitions from one life to the other. Is Vivienne one soul living through everything once, out of order, or multiple times, as if life is replaying itself, or are there hundreds of Vivienne’s experiencing everything all at once? And if every second is happening at the same time then is there a past and present? And if not is it even a story about time travel?

When I wrote the first draft of The Waves, the Waves it was in a fervour of inspiration and on a fairly tight deadline. I didn’t put too much thought into the logistics of how a character can traverse hundreds of years. Vivienne simply went to sleep in her bed in her cottage on the cliffs in 1940 and woke up drowning in the 1700’s. How didn’t occur to me until much later.

So now I wanted to turn this into a proper novella it came to my mind that I ought to try and be a proper writer and actually attempt to research my subject a little bit better. Exploring chronology can provide a gold mine of interesting, innovative structural devices for a writer but, still floundering in the miry mess of my original vague notions, aspirations of a clean, clever structure were still just that, a far off dream.

Hence my purchase of a rather wonderful book entitled Time Travel: A Writer’s Guide to the Real Science of Plausible Time Travel by Paul J. Nahin. As an engineer, physicist and science fiction writer, Paul J. Nahin is unequivocally qualified to introduce one to the idea that time travel is actually a scientific possibility. He suggests in his book that writers can and should use real science to enable their character’s forays into the past and future; a noble and entirely sound thought if only I didn’t find the plausible science way, way harder to comprehend then my initial, untutored excursions. What is a writer to do if they’re not scientifically minded enough to understand that:

It is always possible to find another observer in a relatively moving frame for whom this emission/absorption process would look as if t2 were less then (i.e before) t1, with E negative. In other words, the moving observer would see the tachyon travelling backward in time with negative energy. But, while this admittedly sounds bizarre, the RP says it all makes sense.[1]

I now find myself stuck between a muddled, slightly less mystifying but definitely made up rock and a genuinely founded on scientific theory, plausible but completely incomprehensible hard place. And so my question is this (and this is not a rhetorical question, I am actually asking): Can a writer reasonably ask their reader to suspend their disbelief in the face of an altogether imagined premise of time travel? Or is the weight of plausibility too great a thing to ignore in creating a story that is both convincing and compelling?

Whatever the answer (and don’t underestimate my desire to know) there is one constant: the author’s conviction and the consistency with which it is incorporated into the fabric of the novel, including its structure and the plot and characters within it, is paramount.

3 thoughts on “A Question of Time Travel (by Abra Hunt)”